So this blog post is very late but I still wanted to at least do it. This week I had decided that I wanted to try to create the 5 circle piece instead of the other cubed pieces. Just because I liked the idea of it much more and I also learned how to make these donut shapes. The fearless leader, Brian, taught me how to make them using the wheel and it has been a process. It’s been somewhat challenging in different ways. I’m trying to keep these donuts in similar proportions like width or height but it gets more difficult the more I increase the size just because I always end up not getting enough clay. The first ones I did, I would push down to much. There’s also the difficult step of joining the two walls together, sometimes I can still see the line. Other times the top is too thin and it looks like there’s an air bubble underneath (which there is) but it has that floppy look as an air bubbles. So here are some of my donuts that I have made so far: 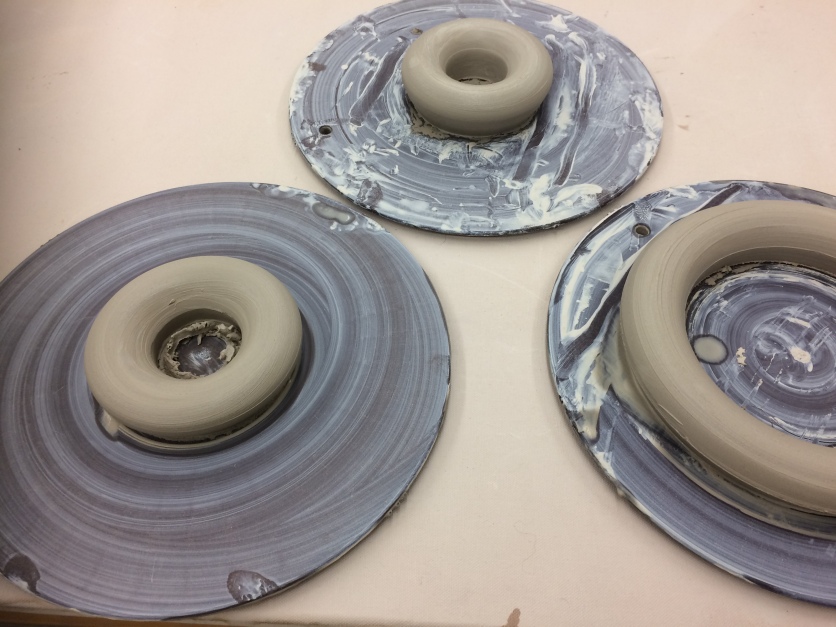 During this week I also threw some lil to be mugs/cups and some other things. I just wanted to take a break from making donuts. So here they are: 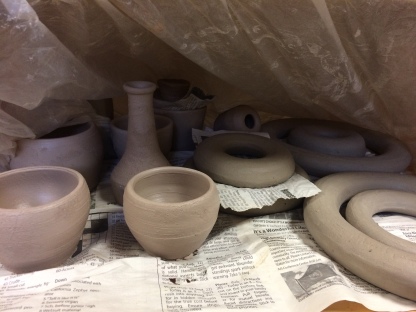